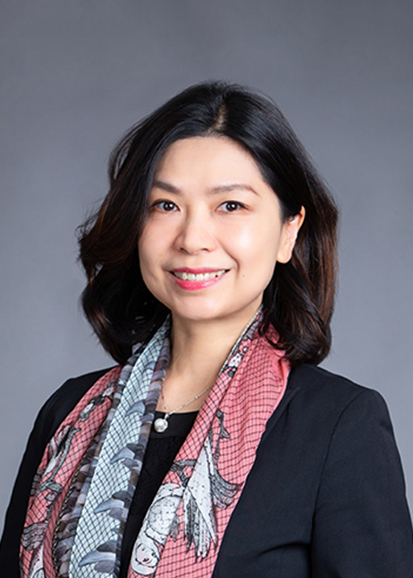 Emba is a Partner of Chin & Associates. With over 20 years of post-qualification experience gained from private practice in Hong Kong, Emba has extensive experience in civil litigation and arbitration, accident claims, insurance and employment disputes. She has also advised on Sports & Entertainment, as well as other corporate matters and various commercial transactions, including shareholders agreement, mergers & acquisition, private equity, corporate finance, manufacturing, distribution & licensing agreements.

From 2003 to 2005, Emba was appointed by the Hong Kong Government to advise on the restructuring of the Hong Kong Sports Institute, the integrated elite sports training institute in Hong Kong.

Emba was also appointed to advise on the Hong Kong equestrian events of the Olympic Games 2008, the East Asian Games 2009 and their incidental and related legal matters.

From 2006 to 2008, Emba had been acting as the legal adviser to the Equestrian Events (Hong Kong) of the Games of the XXIX Olympiad Company Limited (formed under the Equestrian Committee of the Hong Kong Government) which shared responsibility, with the Hong Kong Jockey Club, for the planning and execution of the highly successful 2008 Olympic Equestrian Events.  These high-profile events were held in the Hong Kong Special Administrative Region of China as part of the 2008 Beijing Olympics.

Further emphasizing Emba's expertise in the legal side of sport management, from 2005 to 2009, she was appointed legal adviser to the 5th East Asian Games which was also completed with great success in December 2009.  She has further been appointed as its Liquidator in winding up the outstanding affairs of the Games.

These two events, the Equestrian Events of the 2008 Olympics and the 2009 East Asian Games, constitute the two major international sports events ever held in Hong Kong.

For many years, Emba has also made considerable contribution to various Community Service projects in both Hong Kong and China through her involvement in reputable charitable organizations.